June 2018 – In two years the time will come: In 2020, the new European launch vehicle, Ariane 6, will be venturing into space. But fevered activity has already begun in the Kourou spaceport in French Guiana. Under the leadership of the European Space Agency (ESA) and the French space agency CNES, a platform for this ambitious project is being designed here on a gigantic construction site.
HAURATON is there: Due to the tropical climate with its rainy season and tremendous precipitation rates, surface drainage of the South American rocket launch site takes on a special significance. The company has been supporting the project since 2015 with hydraulic studies and complex calculations. We are currently at the stage of installing around 820 metres of channels.
Laurent Ney and Virginie Schmitt from HAURATON France are on-site directing the project as experts. “Special technical solutions are in demand to drain the rocket platform, compensating for the various challenges of the site as well as its purpose. The launch site must not only withstand climate conditions, but also high loads from construction and the rocket launch.” Large quantities of concrete and steel are delivered daily for the launch pad. Immense forces of compression are also exerted on the spectacular launching base at take-off, whose 650 tonnes had to be lifted off the ground. When the rocket lifts off, flames, liquid gases and engine exhaust gases also meet in the flame trench and are diverted through a large tunnel – a concrete structure 200 metres in length.

The Ariane 6 take-off surface is the size of 340 football fields
The overall surface area amounts to 170 hectare, which corresponds to 340 football fields. HAURATON performs in several zones of the ramp for its channels: the starting area, the storage platform and the assembly building. The site is equipped with FASERFIX SUPER Channels, nominal widths 300, 400 and 500, with high-quality ductile iron gratings. The channels are made of fibre- reinforced concrete with maximum resilience. The gratings are quick and easy to install with their boltless locking system Side-Lock on the channel angle housing of galvanised steel. GuGi ductile iron mesh gratings and various gratings with loading capacities from D 400 to F 900 are used.
As the launch pad at the Guyana Space Centre (CSG) develops, the new European launch vehicle itself is also being built – not upright to start with but horizontal to save time and money. After completion and transfer to the launch site is it then erected and the boosters and the top section are attached with the satellites to be transported into space. The large mobile support is then withdrawn from a height of ninety metres and the maiden flight gets underway.
Rockets have been venturing into space from French Guiana for over 50 years. As it is close to the equator and the sea, it is an ideal location and Europe’s gateway to the universe. The goal of the Ariane 6 take-off is the implementation of a European launch system and the development of the aerospace industry.
HAURATON France was founded in 1989 as the French subsidiary of the Baden company. Its head office is in Schweighouse-sur-Moder in Alsace. HAURATON France is characterised by its specialist know-how in the area of ‘customised production’ for complex drainage solutions. 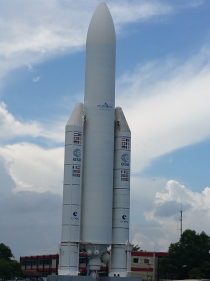 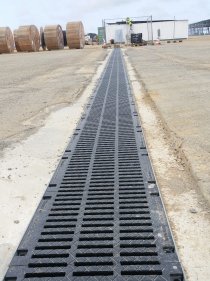